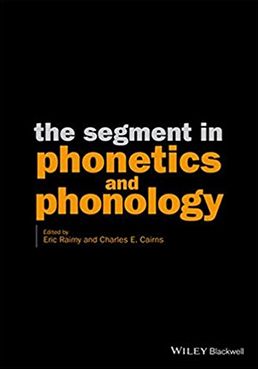 The Segment in Phonetics and Phonology unravels exactly what the segment is and on what levels it exists, approaching the study of the segment with theoretical, empirical, and methodological heterogeneity as its guiding principle.