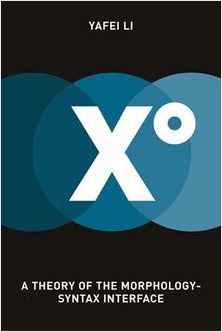 This important monograph offers a resolution to the debate in theoretical linguistics over the role of syntactic head movement in word formation. It does so by synthesizing the syntactic and lexicalist approaches on the basis of the empirical data that support each side. In trying to determine how a morphologically complex word is formed in Universal Grammar, generative linguists have argued either that a substantial amount of morphological phenomena result from head movement in overt syntax (the widely adopted syntactic approach) or that morphological/lexical means are both necessary and sufficient for a theory of word formation (the Lexicalist Hypothesis). Li examines both the linguistic facts that are brought to light for the first time and the existing data in the literature and shows that each side has an empirical foundation that cannot be negated by the other. Since neither approach is adequate to explain all the facts of word formation, he argues, the way to achieve a unified account lies in synthesizing the empirically advantageous portions of both approaches into one simple and coherent theory.Li begins by demonstrating how a theory that combines the essence of the syntactic and lexicalist approaches can account more accurately for the various morphological constructions analyzed in the literature by means of syntactic verb incorporation. He then examines causativization on the adjectival root, noun incorporation in polysynthetic languages, and the possibility that the word formation part of the Lexicalist Hypothesis―which is crucial to his theory―can be derived as a theorem from a version of the X-bar theory. He concludes by discussing methodological issues in current linguistic research.