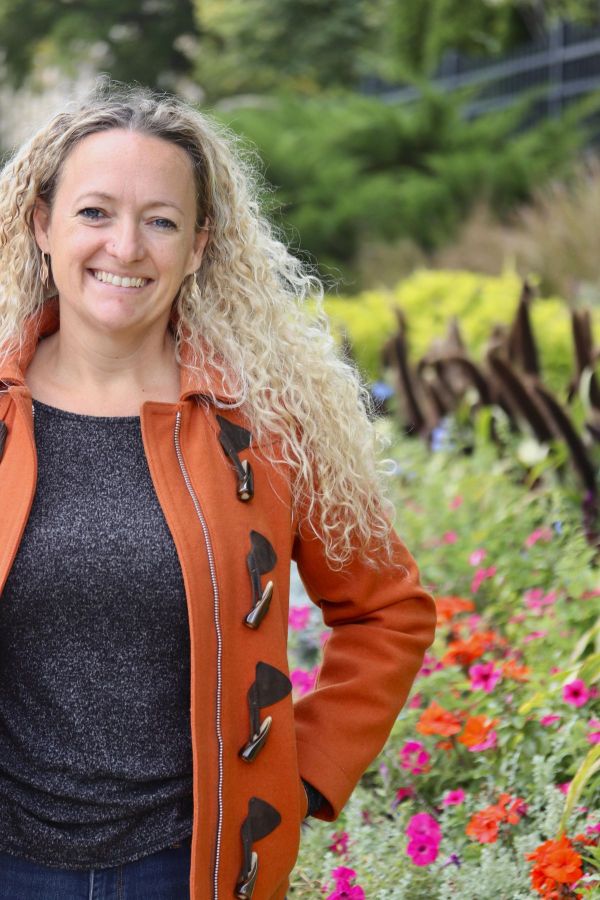 Language Sciences is excited to welcome our newest faculty member, Assistant Professor Laura Horton! Dr. Horton completed her PhD at the University of Chicago, and previously held a post-doc at Stony Brook University and the University of Texas. We are especially excited to have her join our program as her area of research is focused on signed languages—a historically overlooked aspect of human language that has only recently begun to get some of the attention it deserves. Her research program concentrates on language socialization, lexical variation, and the acquisition of pragmatic skills such as turn-taking. Her work also takes an interest in signing people’s strategies for navigating multimodal communication and in language development in socio-communicative contexts with variable access to language (including in schools and at home). Through this work, she has been able to study shared homesign systems used in a community in Guatemala where she has worked for several years.

Dr. Horton began her time at UW-Madison teaching a new topics course on Sign Language Linguistics. We are delighted to now offer classes which have a focus on signed languages since they are an under-studied but fascinating modality of language. Dr. Horton was kind enough to answer a few questions for us about her background and interesting work!

What originally sparked your interest in Linguistics?

I didn’t even know what linguistics was when I was an undergrad – I was an architecture major. One day during my junior year, I noticed a flyer for a new linguistics major and decided to take the introductory linguistics class. I really enjoyed it and was able to build my own program of courses based on my interests in discourse analysis and language development. I ended up double-majoring in architecture and linguistics. Then I went on to teach elementary special education. But I was still curious about the process of language development, based on my experiences in the classroom. So, I decided to go back to graduate school to study that more!

For the linguistic study of signed languages, one of the key differences from spoken languages is the absence of a universal or standardized transcription or writing system. When we document and analyze sign languages, we are often working directly from video data – either natural conversations, formal presentations, or elicited data. This leads to direct engagement with individual differences in pronunciation that are sometimes obscured by written transcription. It makes the process challenging, but, I think, offers us a glimpse of the variation that is present for all language users in conversation, whether spoken or signed!

Where are you coming from before being at UW-Madison? Are there any specifically Wisconsin things you’re excited about? Alternatively, what has been your experience so far here in Wisconsin?

I moved to Madison this summer from Austin, Texas, where I was doing a Post-Doc, first at UT-Austin, then remotely for Stony Brook University. I’m excited about all the outdoor activities that Madison and Wisconsin offer. During the pandemic in Texas, getting outside and hiking was one of my favorite things to do and I’m hoping to continue that here! I’m told the Driftless area is great for hiking, and we’ve been checking out some of the local trails and small towns nearby like Paoli. I’m also looking forward to trying out the restaurants and supper clubs around town.

What classes are you currently teaching or hoping to teach in future semesters?

I’m currently teaching sign language linguistics, which is a class that I’ll hopefully offer every year or at least every other year. We go through the linguistic structure of signed languages. The class primarily uses examples from American Sign Language (ASL) but also draws on other sign languages used in Europe and Asia. We’ll be discussing the similarities and differences between spoken and signed languages and the class builds in a bit about how sign languages fit into the larger Deaf community.