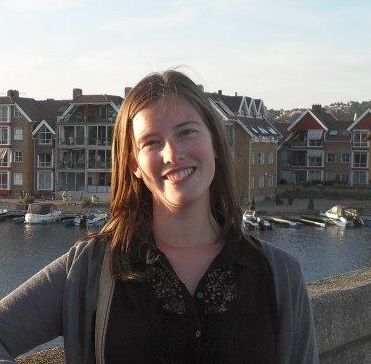 Bio: Andrea earned her BA in French and Anthropology from Missouri State University in 2011.  She also completed a self-directed minor in Linguistics and continued on to pursue an MA in Linguistics at Florida Atlantic University, which she completed in 2014 with a specialty in SLA and TESOL certification.  She entered the UW PhD program in Linguistics in the fall of 2014 and became a dissertator in 2018 where she has focused her interests on preservation and revitalization efforts of local Native American languages through various PA-ships and projects.

Her dissertation project focuses on the sound system of Menominee, an Algonquian language still spoken in Wisconsin.  Through a more thorough understanding of the Menominee phonology and allophonic variation, she hopes to contribute to the repository of Menominee recordings for Menominee students, as well as develop language learning materials to support the Menominee language revitalization efforts.

Andrea also works with the Ho-Chunk Nation on developing and implementing a digital archive of audio, visual, educational, and informational materials so that they can be accessible to all tribal members.  She began volunteering for this project in 2016 and now works as a project lead alongside the efforts of the Hoocąk Waaziija Haci Language Division.  She helped develop a cataloging and inventory system and has moved on to digitizing and managing an online content management system with the goal of helping the Ho-Chunk fashion their own system of cultural preservation and access.